Full dark out at 8:37 pm?! I am not amused.
Posted by NatashaJ No comments: Links to this post

Ava is a bit obsessed with Michael Jackson's Thriller album and asks to play it every time we get into the car. Her favorites are Beat it, PYT, Billie Jean and Human Nature.

Unfortunately, she doesn't quite have all the words down or understand some of them. Do you want to get into explaining to an almost four year old the backstory of why Billie Jean "is just a girl who claims that I am the one..." (Shudder). That would call for a very special episode of Dora the Explorer, wherein we learn the backpack not only holds a map, but also a paternity test for Dora's dad. "Oh Dios mío, Boots!"

So Ava has taken to substituting words she does know for the ones she can't quite catch in the songs. Her take on Human Nature? "If they say 'Why? Why?' Tell 'em that it's human nature sanitation. Why? Why? Does he do me that way..."

Probably safe to say she's not going to be hitting the karaoke circuit anytime soon.
Posted by NatashaJ No comments:

Looks like we have a lefty in our midst. It worked well for Obama & Clinton. And my mom. 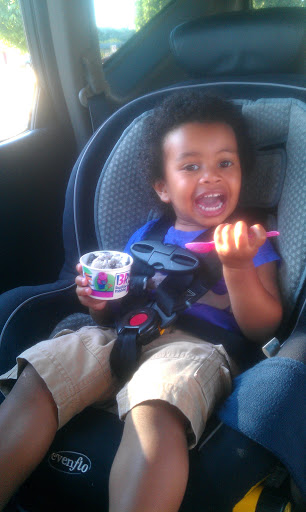 Fend for yourself Friday

We do fend for yourself Fridays when we don't feel like cooking. Tonight me and the kids hit a favorite Vietnamese spot, then a local park. 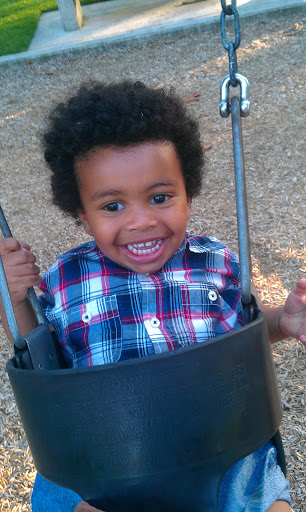 Leaving the restaurant, as I was loading the kids into the car, I got hit on by a guy with a toddler in a stroller. Filing that under "All kinds of wrong." 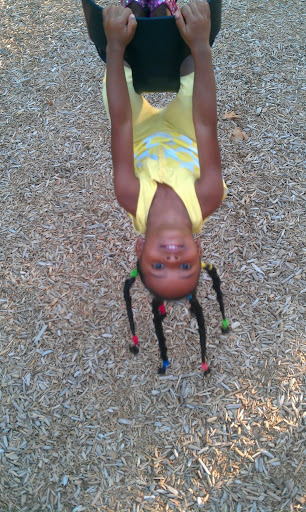 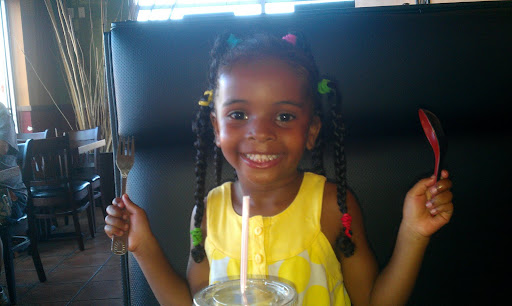 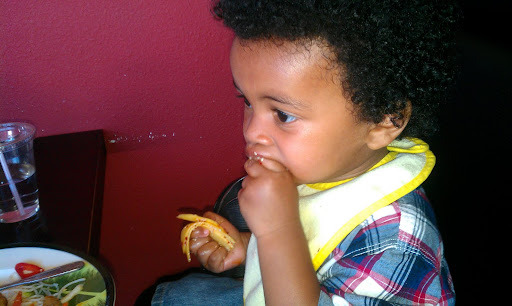 Rants and rides in toyland

I went to Toys R Us in search of a T-ball set for the kids. Note that I said "kids" because when I arrived and asked where I might find such a set, I was directed to the "Boys" aisle.
Ahem. Excuse me? Can't they be on the "baseball/softball" aisle? After all, I did find pink softball mitts there too. Frankly, my daughter is already throwing soft baseballs laser-straight that land across the room right in my or my husbands hands. So if someone is planning to lob that hackneyed "throws like a girl" line at her, they are going to get a fast pitch right down the pipe that underscores the point that if by that phrase they mean "throws like a badass," then yes, she throws like a girl. Moving on.
While I had a feminist mental rant in sporting goods, the kids busied themselves trying out all manner of miniature rides. 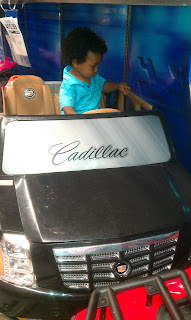 Dylan: "Is that vegetable tanned leather? That's niiiice."
There was the Escalade, for the discerning future luxury consumer. 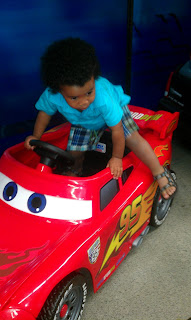 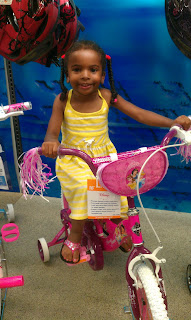 Ava went for a different type of four-wheeled vehicle, emblazoned with princesses of course. I pick my battles on the princess front: it's seems like a losing battle trying to hold back or offset the glittery, princess-y imagery of an international marketing behemoth with little more than logic, which 3 year olds don't always follow.
But when she asks which princess I want to be, I inform her that I'd rather be queen because princesses don't seem to "do" anything or have any authority. But I may be overthinking my role in this tea party with invisible beverages and food. 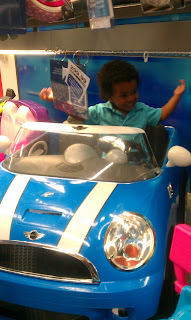 What? You can't let a brotha in?! My car is a Mini but I'm major baby! 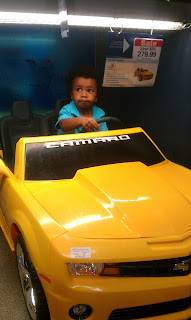 So you're saying there's no student parking lot at this daycare? Or valet?! Uh...huh. This is going to be an issue. Let me have my people get back to you.
No, none ﻿of them came home with us, but we did have a little bit of a struggle prying Dylan's hands off the steering wheel when it was time to move on.
Just prior to arriving at the store, Ava had informed me that because we didn't stop for frozen yogurt as planned, this was her "worst day ever."
"You sure about that?" I asked. Because 15 minutes later, I was "The best mommy in the whole world" for taking her "someplace so interesting!" Followed by squeals and "Oh my gosh: Mommy look at all the dolls! Oh my gosh: they're so cute! I love them so much..." Blah, blah, blah. In other words, YOU STAND CORRECTED.
In the end, we didn't find the t-ball set I wanted, but we had a lovely outing.
Posted by NatashaJ 2 comments: Links to this post

We're off to Ava's 1st solo playdate with a school friend. So excited!
Update: They had a bit of a tea party, did some painting, had snack in the sun and lots of playing and sharing. It went well until time to go, when the pouting began. Ava was VERY unhappy to leave, which is an indicator of what a good time they had.
It was lovely for them and for us two moms, who also had a chance to get acquainted. I hope this is a harbinger of good social connections to come for Ava. 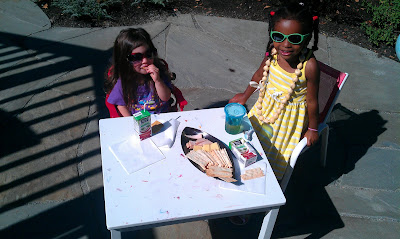 Waiting to board flight. Having kids do windsprints by gate to burn off energy. Fellow passengers: you're welcome.
Posted by NatashaJ No comments: Links to this post

We missed the ship tour at Seafair so we opted for an ice cream date and a visit with my folks and their dog  while J. readies the ribs for the grill.

Seattle summers are lovely. It's almost enough to make me forget about the craptastic weather we've had this winter and spring. Almost. 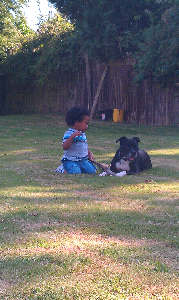 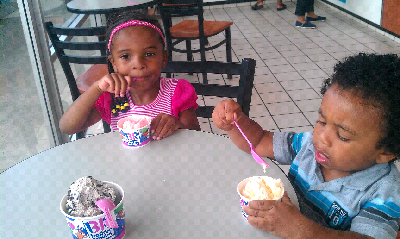 All dressed up for cousin's baptism.Dylan wasn't having the clip-on tie though: clearly he already has taste. 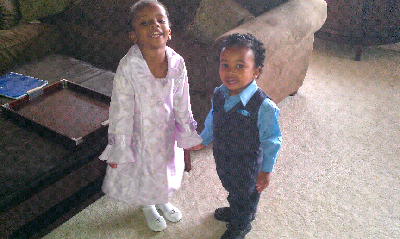